Indonesian model Novie Amelia mowed down seven people with her car. But the interesting part is she was only wearing her underwear while driving, and she was later pictured semi-naked at police station handcuffed lying on a air mattress. Novie Amelia probably not as popular now but five years ago she graced the cover POPULAR Magazine scantily clad wearing a sexy bikini. Her most recent shoot was in a Jail cell scantily clad in only her lingerie. The Jakarta Globe report:

Novi Amelia, who hit seven people while driving intoxicated in nothing but her underwear in Hayam Wuruk, West Jakarta, apologized to the public on Wednesday.

“To all Indonesian people: I, Novi Amelia, deeply apologize for the accident that happened on Thursday [Oct. 11],” she told journalists at Bhayangkara Said Sukanto police hospital.

Wearing a long sleeve red shirt with black stripes, Novi said that she was sorry for her deviant behavior and driving half-naked.

“I know I drove the car recklessly and went out without wearing a polite dress,” she said. “It was unexpected and unintentional.”

Novi, a model who appears in adult male magazines, said that it was out of her control when she decided to drive while only wearing a bra and underwear.

A team of doctors at the hospital said, as quoted by Tempo.co, that she is suffering from mental illness. Doctors have scanned her head in order to find out if a potential brain injury caused her peculiar behavior. They concluded that her mental issues were not caused by addictive substances but by strictly psychological problems. It is confirmed by her old medical records that she has a history of mental illness.

“The symptoms are hallucinations and feeling depressed,” Henny Riana, head of the psychiatric unit of the hospital, said on Tuesday.

The young model, who lives in an apartment in Central Jakarta, hit seven people, including two police officers trying to stop her. When she was pulled from her car, she was hysterical, screaming at people as she was taken to a nearby police station for questioning.

When she was finally pulled from her car, she was dressed in only her undergarments.

Police later said medical tests came back positive for alcohol and ecstasy, indicating that she consumed the drug within the previous three days.

After leaving Bhayangkara hospital, Novi was brought to a rehabilitation center owned by the National Narcotics Agency (BNN) in Lido, Bogor.

“My condition today is better, and starting today I will join rehabilitation clinic,” she said.

And after the naked jailhouse photos were leaked, several police were questioned according to reports. I don’t see how it was wrong for the police to take the pictures if she was acting crazy and they were just documenting her behavior. But it might have been unwise of them to leak these photos to the public. Also Novie or Novi seem to be the one removing her clothes and flashing the cops. Its not like they were forcing her her… But the cops seem to be sitting around and watching so they might be encouraging her to put on a show. If they are then they are in big trouble too… However not even the leak will save Novie from the charges because she tested positive for alcohol and drugs. Anyway, remember to send more interesting uncensored pictures and videos (of individuals 18 year-old or older) to Freescandals(at)yahoo.com ASAP. Click on pictures to enlarge.

Novie Amelia right after the accinent:

Send the rumored Indonesian MP sex video to Freescandals(at)yahoo.com as soon as possible. Come on folks, open up your collection and share the scandalous sex tape wealth with those less fortunate.. And yes, you will be kept anonymous and confidential when you submit any video and/or info to this website. Send any sex tapes of any Indonesian ministers that you have but we are especially looking for the most recent private tape that went public after being leaked last week. Would like to get the full version of this latest video causing the political scandal in Indonesia however you can email any versions or length you have of the video. Most of the websites in Indonesia that have shared this video were forced to remove it or were blocked. Screen shots of the video are still widely circulated, this is the video we are requesting: 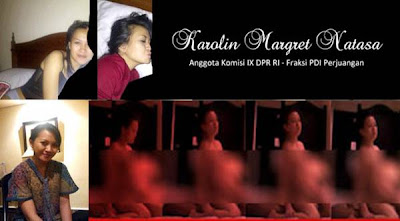 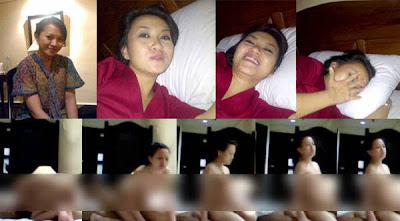 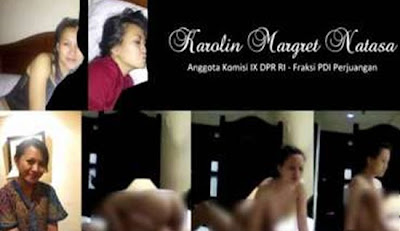